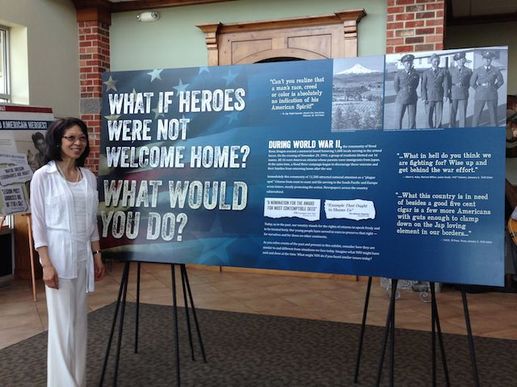 "Issei and Nisei in the Pacific Northwest," Tokyo International University of America, Salem, OR, Oct. 2019

Panelist, The -Ism Project (3 monologues on intersections of race, gender, orientation and nationality), Hillsboro, OR, Sept. 2019

Post-film panel member for world premiere screening of Never Give Up!  Minoru Yasui and the Fight for Justice (Part One),
Historic Grand Theater, Salem, OR, March 2017

"Mom was in Camp and Dad was in the Army:  Reflections from a Sansei Daughter," Willamette Heritage Center, Salem, OR, July 2015

“’Shot From Ahead and Behind’:  Nisei in the South Pacific during World War II,” Tokyo International University, Kawagoe, Japan, Nov. 2010